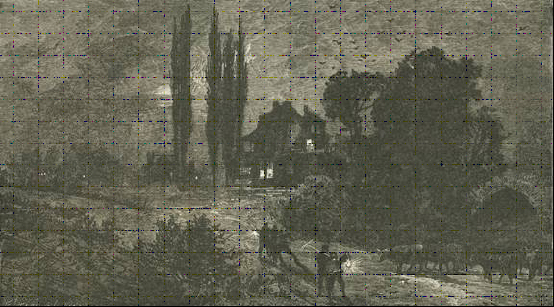 The Devil walks abroad in Massachusetts – in fact, he comes into your living room and makes you a deal you can’t refuse. False lights burn on the coast, wrecking Boston-bound ships by night. The Knights Templar, the ancient Egyptians, and the monks of medieval Ireland build towers in New Hampshire and entomb their dead all over Rhode Island. The Spiritualists of Lynn, Mass, give birth to the New Mechanical Messiah. Two different towns in Connecticut are captured by Things Making Weird Noises At Night. The footprints of Noah’s raven appear on the stone cliffs by the Connecticut river.

All these tales are TRUE, for a value of truth which means that real people have made these claims. New England has experienced many centuries of bizarre encounters, and in this show, April offers the truth as we know it, in song and story. The audience sings along, and helps do live research into personal topics. Fans of Atlas Obscura and the work of Shirley Jackson, Charlotte Perkins Gilman, and H.P. Lovecraft will find this a delightful cornucopia of historically documented strangeness.

“Weird New England” can be a one-hour program or full evening (two 45-minute sets with an intermission). Appropriate for ages 10 and over (descriptions of violence and adult concerns).

Songs and stories in this show may include:

“The Poison Sarpent” (traditional song), on the death of a young man in a tragic snake accident.

“Pliny Moody’s Raven” (by Jeff Lee), on the fossil evidence for Noah’s Ark in rural Massachusetts.

“The Moodus Noises” (historical tale), of sounds in the night in Connecticut.

“Giles Corey” (“traditional” ballad), a biased view of a victim of the Salem witch hysteria.

“Oak Island” (song by April Grant), on the less-known early voyages to the Americas.

“Young Charlotte” (song by Seba Smith, 1839), on the consequences of being fashionable during one New England winter.

“The Skeleton in Armor” (poem by Henry Wadsworth Longfellow), thrilling pseudo-history of the Vikings in Rhode Island.

“In Old Pod-Auger Times” (traditional song), about the kids these days.

“In The Good Old Colony Days” (traditional song), a sing-along about the joy of a life of crime.

“Castle by the Sea” (traditional song), the Boston take on an ancient ballad.

“Reynardine” (traditional song), from the singing of folk hero Margaret MacArthur, setting the story of an outlaw or a supernatural creature in the hills of Vermont.

[Page image depicts the Dark Day of 1780 in New England.]